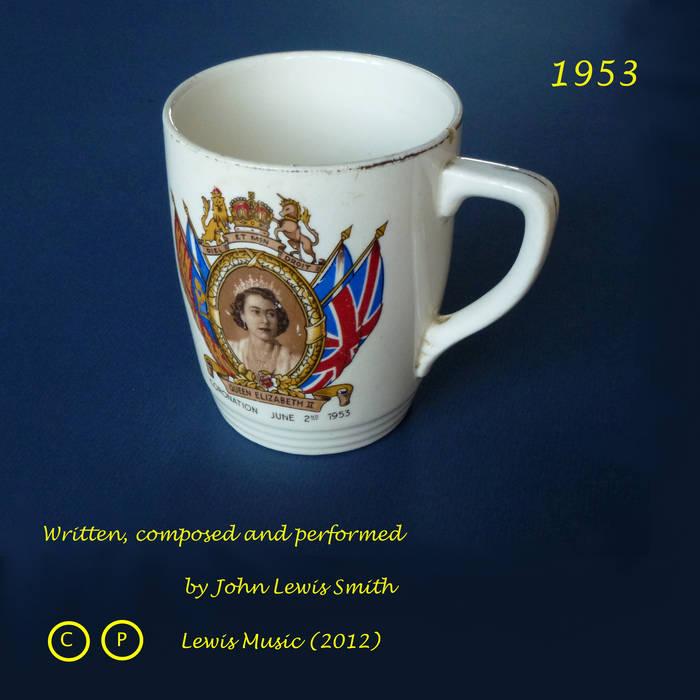 The song provides a collage of events sketched out in the lyrics about the year 1953, primarily from an English perspective.

Living through post-war austerity
Listening to the Home on BBC
Children played on bomb sites in the rain
Engines puffing steam still pulled the trains
On the streets not many cars
Sometimes see a horse and cart
No plastic in this world, no PVC

On Saturday the youngsters go to dance
The Hippodrome is where they preen and prance
Samba, quickstep, waltz and Cha-cha-cha
The glitter ball is twirling like a star
Boys in suits all wearing ties
Girls with laughter in their eyes
In sequin dresses hold their men, entranced.


The North Sea floods, & many people die
Peter Pan was flying in the sky
Everybody's eating fish and chips
Cities are recovering from the blitz
An end at last to ration books
Teenage fashion, teddy-boy looks
The coronation coach rolls stately by

On holidays we head off to the coast
The seaside is the place I like the most
Sandwiches and bottled lemonade
Digging in the sand with my toy spade
Swimming trunks and rubber rings
Playing on the putting green
Lying in the sand we're warm as toast
Coda: ...Thinking back to 1953!

Bandcamp Daily  your guide to the world of Bandcamp

outré black metal, with a Victory Over the Sun interview and music from Liturgy and Jute Gyte.